When a currency has been selected for any of the above, it follow the designated subsidiary ledger to other transactions. For example, when a customer is denominated in a foreign currency, all sales invoices for that customer will automatically be in the foreign currency.

To define a foreign currency, go to the Settings tab, then click Foreign Currencies: 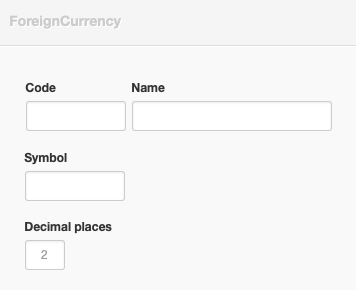 Caution
Do not use the Decimal places field to control rounding preferences. Use it only to define characteristics of the foreign currency itself.

For all transactions where the context makes it appropriate, the option will now exist to choose the currency. Transaction forms using it will now display the appropriate symbol for the foreign currency.

Example
Brilliant Industries sets its base currency to the Australian dollar. But it also defines the Euro: 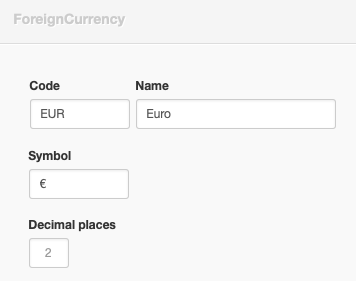 A representative transaction shows the result:

Note
Establishing or changing a foreign currency has no impact on numerical values previously entered in Manager. No currency conversions are computed.

© 2023 — Based in Sydney, Australia but providing goodness globally